I saw a girl get shot. I knew her for maybe six, seven years.

These pieces are artefacts of a child’s inner life.

Hope is a four letter word

How sure are you that your SL lover is who they say they are?
My Tweets

Thank You For Afterlifing With Us¹³

Leaving aside all the war, terrorism, post-truth politics, hate crime and celebrity deaths of 2016, what’s been happening on this blog during the year? I know that’s what you’re all secretly asking yourselves. Here, then, were the key happenings.

This year was a good year for ticking off a couple of ‘must finish’ items on my to do list. The first was to publish a collection of my short stories set in and around SL, which came into existence as ‘Amazing Metaverse‘ in February.

The second was to publish a novella I’ve been working on here and there for about the last five years.  ‘SIM‘ is a story set in a real version of a Second Life region and centred on a character who cannot remember his life before before he got there.

Although I haven’t yet officially ‘published’ it, 2016 was also the year I finished work on my fifth (and probably final) entry into the AFK series. Although it’s not officially available yet, fans of the series can still get hold of a copy of ‘AFK, Awaiting’ by leaving me a review somewhere for the preceding title. Details here.

2016 was a year in which I experimented a bit more with SL video, introducing three ‘moving postcards’ to my YouTube channel. My biggest machinima ‘event,’ however,  concerned a film from 2015. Made in response to Xiola Linden’s challenge, my ‘What Second Life means to me’ video was featured in May by the popular website, WordPress Discover.  A sudden tripling of my regular traffic followed, and the video has now been watched nearly 2000 times. Fifteen minutes of very small-pond fame; a slightly weird experience, nonetheless. If you haven’t seen the video yet (or even if you have) you can view it below.

After quite a long break from any serious attempt at writing poetry, I wrote quite a bit of verse this year, with a few of my new poems featuring among my most read posts. Of these, ‘That word‘ was the most viewed, and also the most favourited. I’m pleased about this, since it reflects my own thinking that this was my best poem of the year.

That word used to be a huge place,
a soot-darkened, glass-paneled ceiling,
a marble-floored arena of crossing paths,
of newspaper stands and coffee outlets
and roll-along suitcases and ticket stubs
and distant double whistles and slamming doors.
And echoing announcements.
That word used to be the temporary end
to the same old pattern,
a gleaming gateway to Different
that smelled of a hundred perfumes;
a place where you brushed shoulders
with absolutely everything.

Now it’s just an eight letter word
that gets stuck in the throat
and which means the end of the line.

A number of my poems this year also appeared in other publications. I contributed a couple to the debut issue of ‘Quill and Pen‘ and have become a regular contributor to ‘Rez Magazine.’

In 2016 I focused on improving my SL (and RL) photography, and I think the time invested in this has been worth it. One of my pictures was featured as a ‘Second Life pic of the day’ and another selected for inclusion in the ‘in explore’ Flickr group. I’ve written more about this here.

I have also been invited to exhibit at Nordan Art on 8 January and am preparing the new images for this right now.

Admittedly, I’ve been a bit lazy in writing new articles during 2016, in particular during the latter half of the year. My speculative column on what to expect in Sansar, however, proved very popular, clocking up the highest number of page views for an article on my blog by a very considerable margin and making it my most viewed new post of the year. Now all we have to do is see how many of my predictions I got right. I am quite pleased with one of these already, however…

I expect Cardboard headsets to be something you’ll be able to pick up from your local supermarket by Christmas 2016.

Tick. Cardboard compatible headsets are now commonplace in shops on the high street in the UK.

Other popular articles were my review of the Firestorm route into SL and the latest entry in my series on SL words and phrases, this one focusing on words to use for chat. Like ‘logjumper.’ And ‘commenticide.’ You need these words in your life.

Chethargy  Knowing that a heated disagreement going on in public chat is down to a simple misunderstanding, but just not caring enough to point it out. 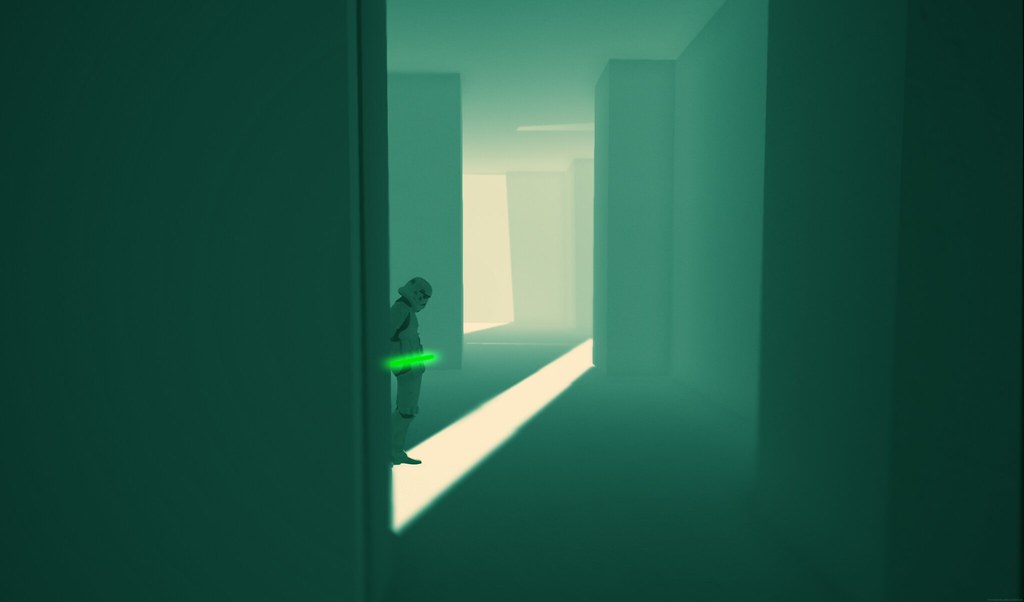 2016 was also a year in which I returned to building, creating first a low prim, six floor building that has now featured in several images by SL artist Amona Savira (the latest of these is above) and following this up with a number of mesh items: a recliner, an executive desk and – my favourite – a desk intercom. All of these and more can be obtained from my modest store on the marketplace.

This year I hope to: