As some of you know, I’m slightly in love with mid-20th century design, especially that era of Danish Modern teak veneered furniture that straddles the 60s and 70s. The reason for this is simple: my parents owned a number of pieces of such furniture.

My favourite of all of these – which still takes up an entire wall of my mother’s lounge to this day – is the Ladderax system.

I made a version of this for SL several years ago (you can check it out here on my old, short-lived furniture blog). This is actually – I recently discovered – my most viewed Marketplace item by a very long way. I don’t think I sold a single one, however, and the reason for this is likely very simple: since it was built entirely from prims its LI was enormous, with the various configurations ranging from 16 to an eye-watering 58 prims.

A while back I did create a mesh version using mesh studio, but such was my competence in those days I was still unable to get the prim count anywhere below 17 prims. Additionally, I had become unhappy with the texturing – although I’d made the texture myself from my mother’s own furniture, it just looked too red and artificial. So I didn’t list it.

And that’s been an itch at the back of my head ever since. I feel a sense of obligation to the Ladderax. It’s been part of my entire life, as this picture of me below shows.

Finally this week I sat down and rebuilt the entire system from scratch. I’ve learned a lot about how to reduce LI on mesh projects over the last few weeks, and I can now announce the HHAX Ladderax version 2, which comes in 3, 4 and 5 LI versions. That’s more like it.

There are four versions of the Ladderax for you to choose from. Three of these are two column versions with either a cabinet, drawer unit or cupboard on the right-side column. The cabinet version is shown below in a fabulous picture by Caitlin Tobias (I gave her a preview version to play with). 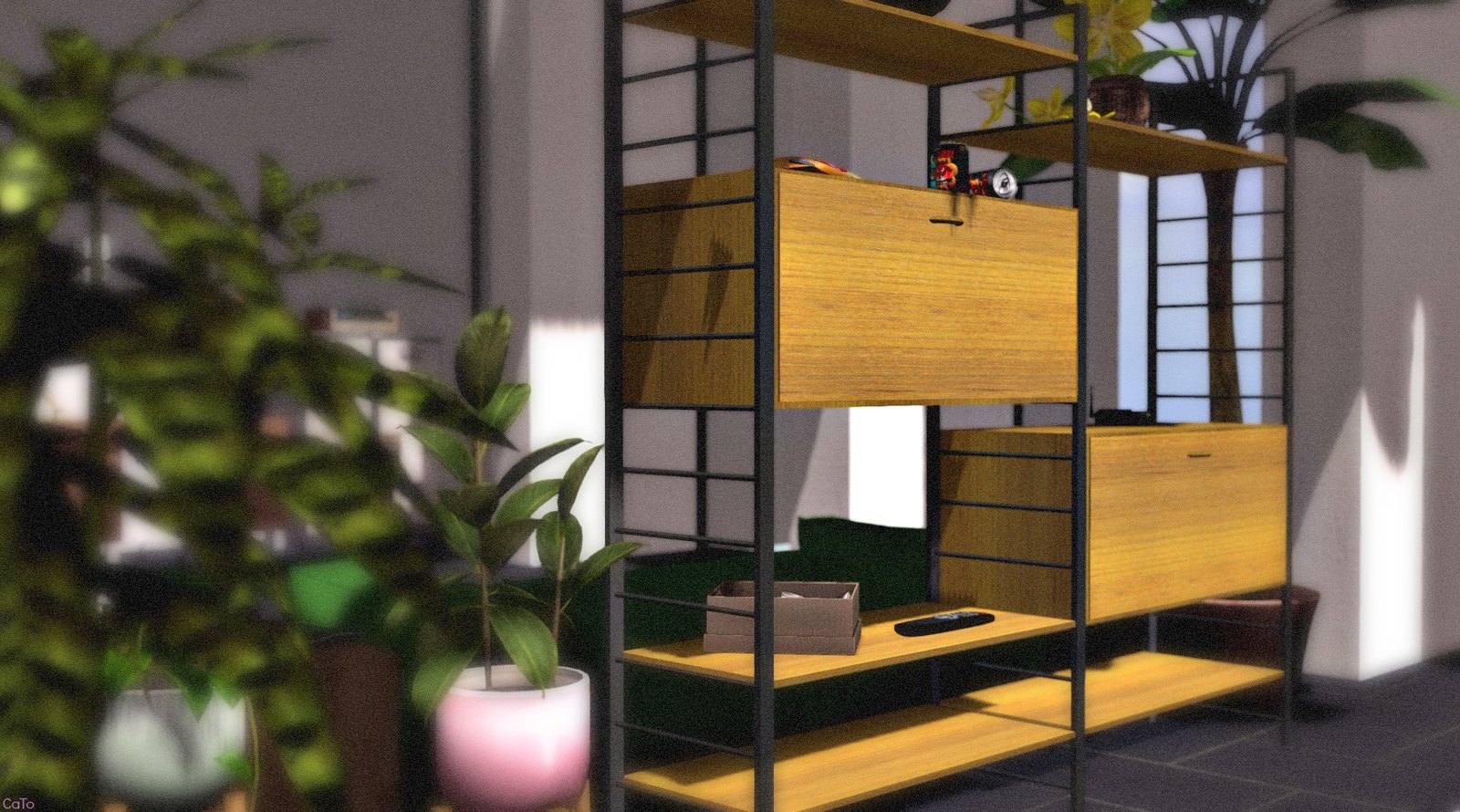 Then there’s the full three column version shown in the picture at the top of this post. In addition to the set-up depicted, this also includes all individual components so that you can create your very own Ladderax set-up.

I now finally feel as though I’ve scratched that itch. Though, if there’s enough interest, I might just be persuaded to create a version with opening drawers and cupboards…