I did this last year and I think I got away with it. The problem with any sort of post that selects personal highlights from other people’s work is that you risk pissing off the folk whose excellent work didn’t make it onto the list. But we should be at least attempting to celebrate amazing work, right? Look, this isn’t an award ceremony (though, come to think of it, ‘The Hucked Awards’ does have a certain ring to it). There are many, many more than twelve pictures I could list here – and many, many more than one picture for each of the twelve photographers chosen – but if I tried to cover even a fraction of the whole range of good SL photographs out there I’d have to split the post up over several pages and you’d all think I was just generating clickbait (especially if I titled it, “He thought it wasn’t possible to take a good photo in Second Life: what he discovered will amaze you – #26 is incredible!” *). Plus it would take me far longer than the few days of ‘Crimbo Limbo’ I have available to me between Christmas and New Year. So it’s probably for the best if I own up here and now to this being a flawed and biased list that favours some of the people I know (because, you see, I tend to look at their pictures more). In fact, let’s just agree here and now that whatever criticisms you have of this piece are completely valid. Ok?

Anyway, I must be below the fold by now, so half of you will have gone already. If you’re still with me, stand by for some amazing 2017 SL photographs.

* Note to self: write a post with this exact title next year.

Isa Messioptra: a cross to bear 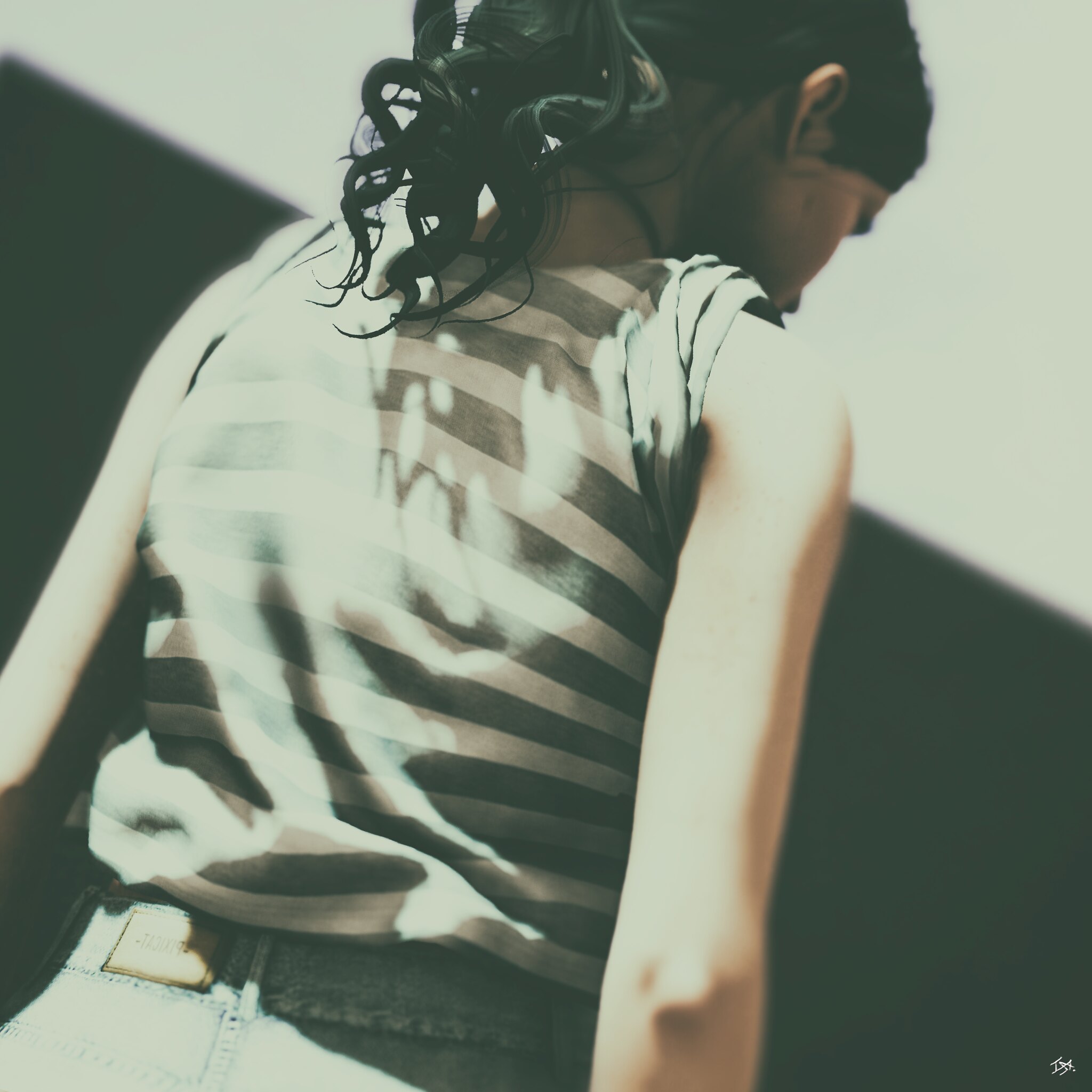 There are so many things that Isa gets so right in her photographs, with lighting, colour, detail, angle and emotional intensity being just a few of these. A glance through her Flickr shows her to have a huge range in terms of style and composition. The image above is one of several I could have chosen. Its use of a high contrast light with low contrast colours, combined with a very subtle manipulation of focus, gives it a ‘real life’ quality. It looks like a Polaroid picture. 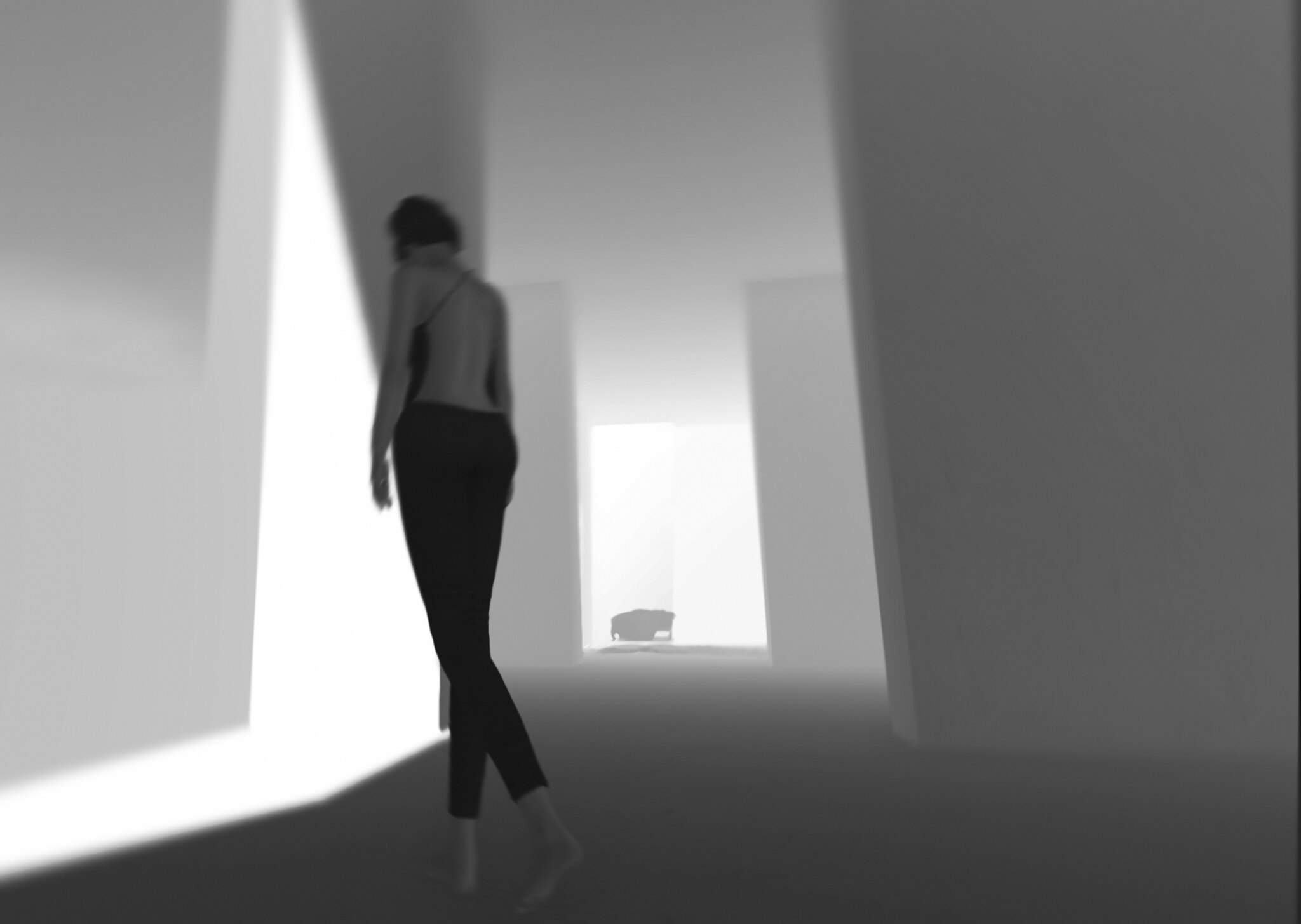 I can’t not mention Amona Savira, who passed away in February. Her beautiful studies of form and light in the virtual world will be so sadly missed.

Two disclaimers are necessary here: first, Cait is one of my very best buddies in SL; second, this photo is of my own recently created (and still free if you grab it before tomorrow) ‘Atom 1‘ building. I still think this is a stunning image by anyone’s standards. Cait has used the building in a way I would never have thought to, creating an incongruous image of hard concrete floating on soft water and then tearing the viewer’s gaze from this to the tiny detail of the tree in the middle. The picture was featured in Cajsa Lilliehook’s favourite holiday-themed photos post on New World Notes last week.

I love looking at pictures that tell a story or get me wondering about what’s going on in them. Elemiah is a fashion photographer/blogger (we owe a lot to fashion photographers, by the way: they’re the folk who really got the SL photography scene going in the first place) who frequently goes that extra mile to add the detail and context (and title) that places the picture as a scene from something bigger. 7th floor, then, is more than just a picture of a woman in an elevator. The shadow cast behind her suggests that a set of doors opposite have opened fully: either she has only just got in and is waiting for them to close, then, or she has reached her destination and is hesitating to exit. Her gaze to the left – which is where the viewer’s focus is drawn also by the picture’s composition – suggests she is perhaps having second thoughts about something.

B. tomstone: .It’s a good day to hide

Capturing a moment within a larger story is something we see a lot of in SL Flickr pictures these days. Often this moment is a still, private and reflective one, like that depicted above, an image created by B. tomstone (incredibly, a Flickr artist who has only been publishing pictures for just over a year it would appear). Many of her images have a similar theme and it was really difficult to choose just one, but I particularly like the use of light and dark in this picture, with the woman’s body exposed but her head in the shadows – suggesting that the thing that is in hiding is her thoughts.

. kiki: …and then she thought she was alive 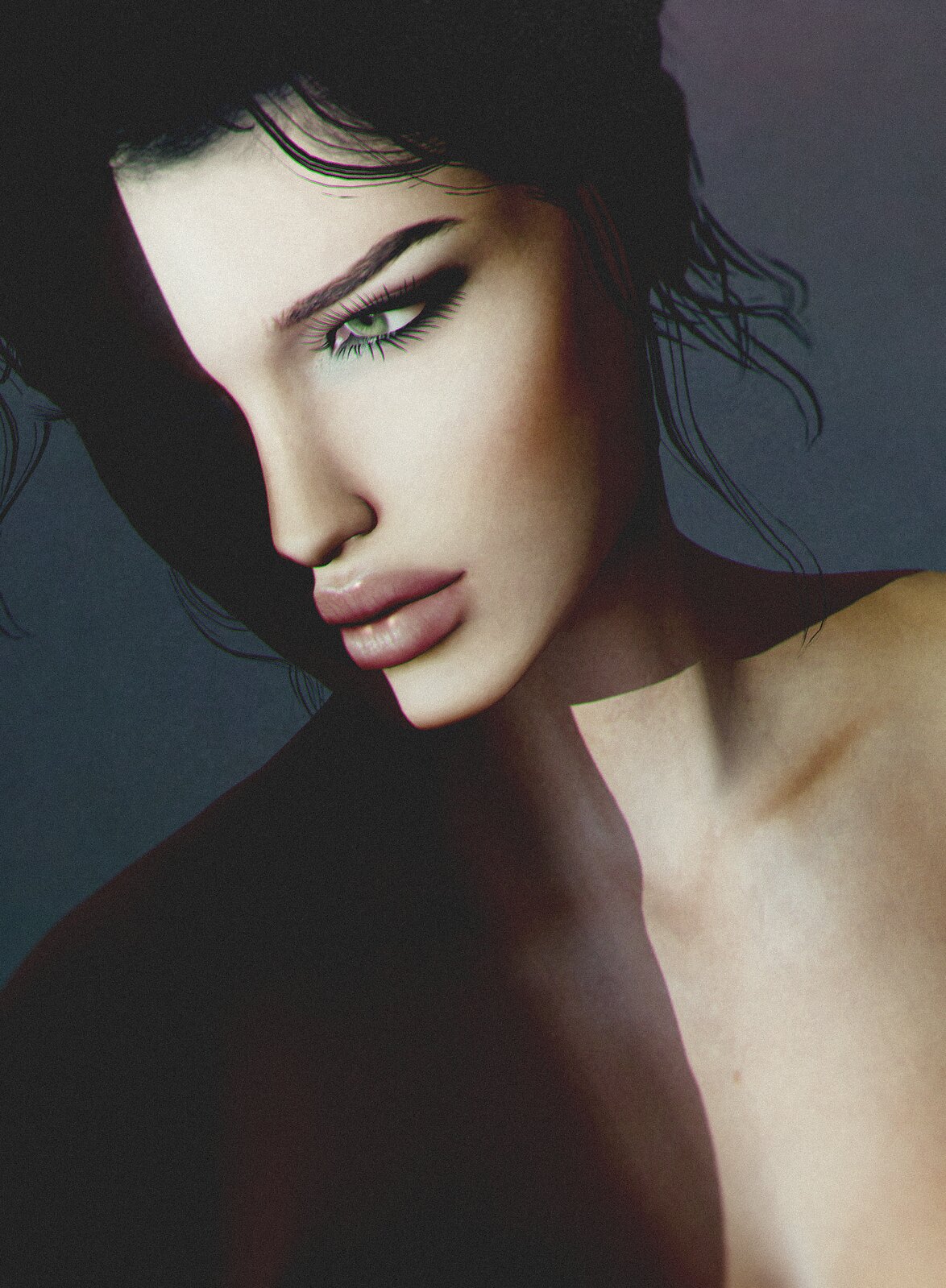 Discovering amazing SL photographers is such a joy, and occasionally you come across someone whose work leaves you open-mouthed and wondering how it can possibly be that you hadn’t come across it before. I only found . kiki‘s stream very recently and this portrait just blew me away. It’s also a good example of how the SL portrait itself has evolved over the years, from the pixel-perfect model shoots of a few years ago to the images of today which push hard to convey mood and emotion through lighting and colour and gaze – and, in doing so, achieve a far higher level of realism. Like Isa’s picture at the top, could you ever have believed this could be a picture taken in SL had someone shown it to you in 2007?

Another photographer I recently discovered is -K- Lynagh, who only started posting this year and who has very rapidly built an impressive following over the course of a still quite small collection of images. It’s also gratifying to find a male SL photographer whose images move me. Within his range, K has developed a style for very colourful images which emphasise sources of artificial light. It was this bold monochrome image, however, which first pulled me to his stream. All too often, SL images of undressed men strike me as self-absorbed and/or narcissistic in some way; I’m burning, however, is something completely different. It presents a moment of male reflection and sensuality, and there is an element also of mental retreat which makes me think back to B. tomstone’s picture earlier.

I admit, I’m a sucker for sensuality in SL images. There’s something about the metaverse – perhaps it’s its great lack in sensory information – which somehow increases our sensitivity to anything that draws awareness to the body and the space around it. Images which emphasise a physical sensation – the touch of air moving around the body (shown to us, for example, by a nearby open window), the smell of cigarette smoke, the feeling of muscles stretched or tensed, the touch of a lover’s skin – totally pull me in. There are a lot of images to choose from in this ‘category.’ Diconay Boa‘s Flickr stream consistently pulls these levers and I have chosen craving as a fine example. In this, the focus on the sense of touch is amplified through the physical stretch and the mask which denies the woman sight. A contrast is felt between those areas of skin exposed to the air and those covered by fabric.

Kate’s photos frequently eschew many of the ‘rules’ of photographic composition; I admit, I often find myself unable to articulate why it is I like them so much (though I’m perfectly prepared to accept that this is a result of of my own ignorance and not a problem a more knowledgeable photographer would have). Her images often capture very subtle, very precise states of mind that perhaps it could be said go beyond the emotional range of many SL pictures on Flickr. Her use of overlays and out-of-focus subjects add to the sense of ‘inner state’ that you get when looking at them. In some respects, then, this is an opposite pole to the sensuality described above: where those pictures draw attention to the immediate experience of the senses, Kate’s pull you away from the physical and immerse you in thought, memory and emotion.

Skippy Beresford: There is in this world no such force as the force of a person determined to rise. The human soul cannot be permanently chained 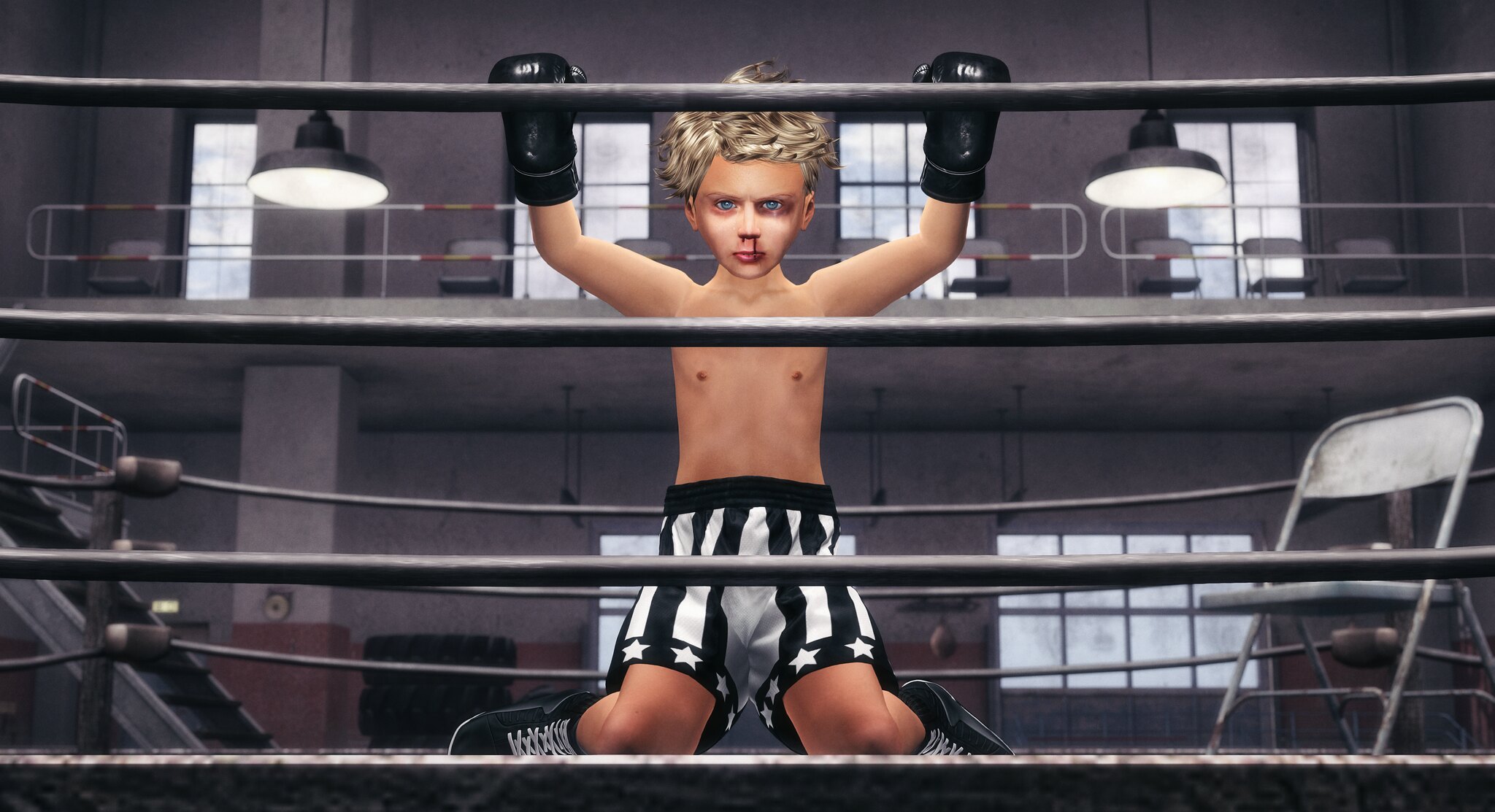 In years to come, when Second Life is becoming a distant memory we enjoy chatting about in our virtual reunion parties over at Google Breathe, one name that I suspect will come up in any conversation about SL photography will be that of Skippy Beresford. Currently making his way towards ten thousand followers, his relentlessly positive and life-affirming messages have become an essential part of any daily browse through Flickr. Whilst Skippy pays incredible attention to detail in his pictures, creating intricate works of art packed full of things to look at, it is in the poses he uses – all his own work – that he communicates both the message of the picture and the joy of youth and of a youthful outlook. I can’t think of anyone else in the SL photography community who uses pose and body language so skillfully – a feature well illustrated in the image above. Would you buy a Skippy Beresford hang-up calendar? I know I would. 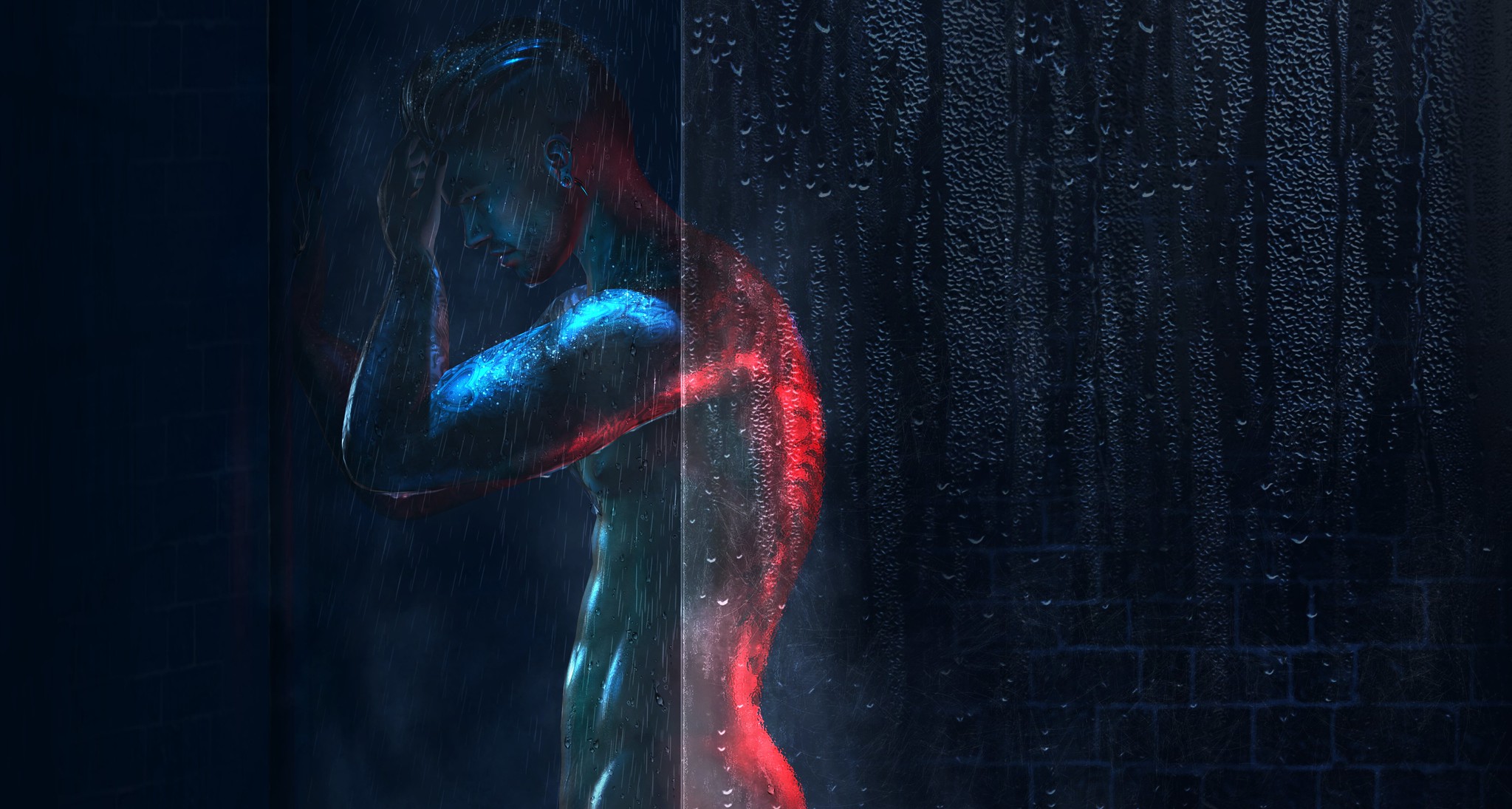 We’re back to the sensual again in this stunning image by Vlad Sharktooth. I love pictures that use lines in the surroundings to divide up an image into two or three discrete sections. The dividing line provided here by the edge of the shower screen is emphasised further by the two, different-coloured light sources which also act to enhance the feeling of wetness through the shine given to the skin. I love it.

mich.michabo: What Do You See

Mich Michabo’s Flickr is something of a rollercoaster ride, a Polaroid wall of images so visually and thematically distinct from each other they look like they got stuck exactly where the wind blew them. To give you an example, the image preceding the stunning picture of self-inspection above is a photo of some ants around the legs of a stool. Earlier this year, I finally got it. I realised that Mich is that person you know in RL who never goes anywhere without a camera (and probably a film camera, at that); she’s the photographer who captures life as it unfolds around her, exactly as she sees and feels it. Many of her images have a rough-hewn feel to them on first inspection, but the more you look at them, the more you get drawn into her world. I have a feeling that it’s photos like hers which we’ll enjoy looking at most in years to come: they’ll remind us what Second Life felt like.

So that’s it. There are of course so many more pictures and photographers I could talk about, but I’ve already sailed past three self-imposed deadlines in the writing of this post and a line has to be drawn somewhere.

And this is my final post of 2017. May your 2018 bring you peace, friendship, happiness and growth.