We’re not done with the self-adulation just yet, although you’ll probably be pleased to know I am starting to feel a little gorged on all these look-at-what-I-did posts. Just like the excessive amount of cake, cheese and chocolate I’ve consumed over the last few days, I can feel it sitting heavily on my soul.

But before I throw myself into whatever the WordPress equivalent is of a daily jog and a diet of carrot juice and broccoli, here are a few more of my images from over the year – pictures which didn’t make it into my Flickr top ten but which are important to me anyway. 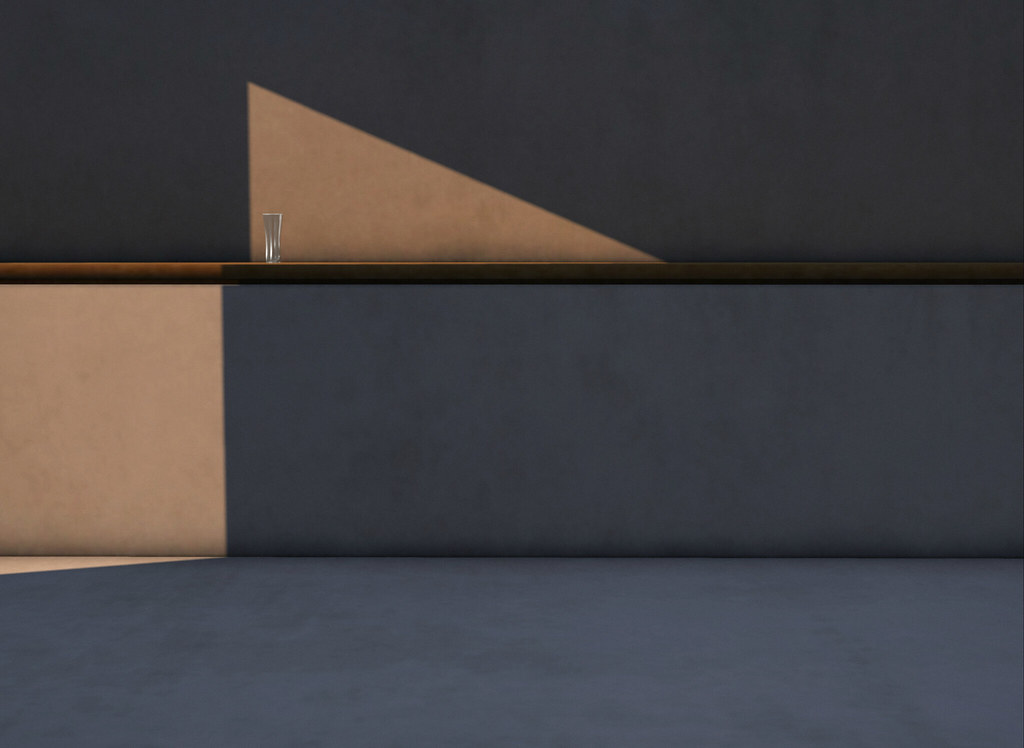 This picture was the first I created in a series of images for an exhibition, lacrimioare, commissioned by Kate Bergdorf. The exhibition concerned the sense of absence created by a loved one passing, of seeing them but not seeing them. It was the first time I had ever created a series of pictures for exhibition and I went with this theme for no other reason than it was something I was thinking a lot about at that particular moment in time, having lost a family member the previous summer who I was accustomed to spending time with in the New Year. To my surprise, it received some very lovely comments. The exhibition is now on permanent display in the gallery at The Nancy Redgrave Building. 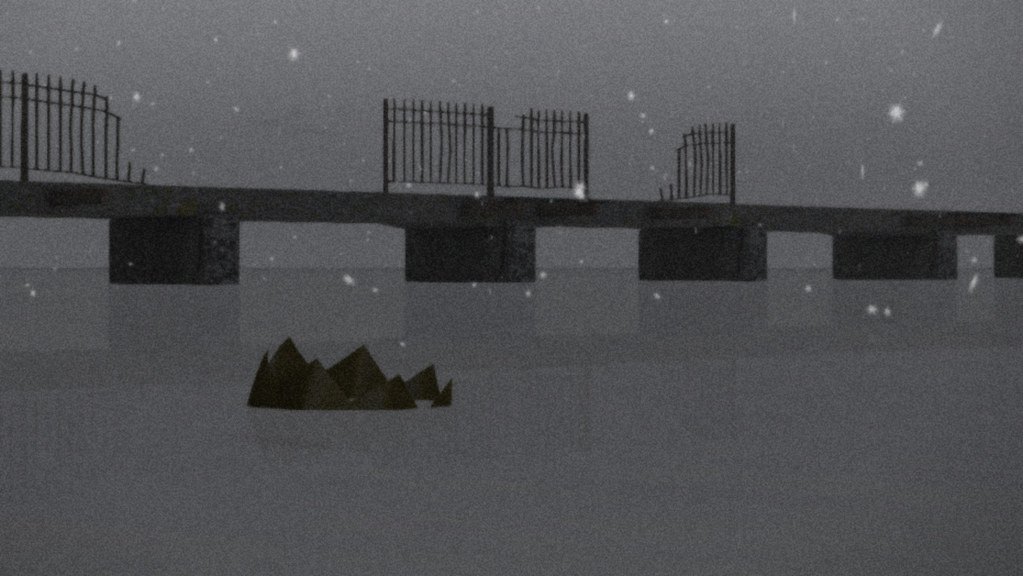 My one month stewardship of the Paper Crown in June-July turned into a long and rather bleak poem about power, an easy topic to muse on in the current age. The image above was the final of thirty pictures, each featuring the paper crown and most of them contributing an extra line to the poem. It was taken at Furillen. 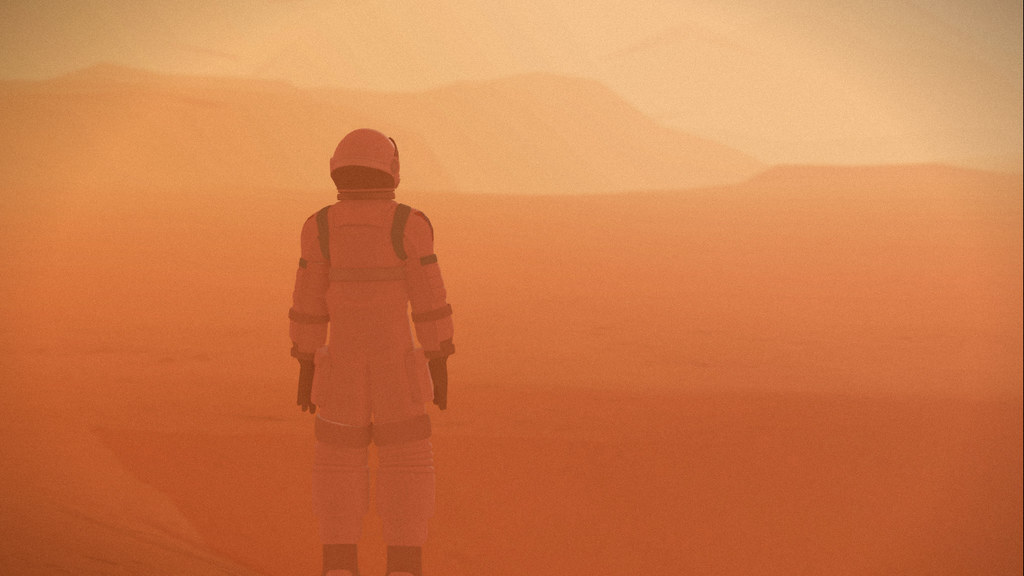 Taking this picture to accompany my article, Some novel ideas 2017 (my annual foray into silly speculation on plots for novels in some way connected to our beloved virtual worlds), I was reminded of my desire to create cinematic machinima in SL, a plan I’d put on hold until I had a fast machine capable of capturing the beauty of the metaverse at an acceptable frame rate (and then conveniently forgotten to return to when I did). As with so many of my activities in SL, then, the subsequent filming of ‘Pioneers‘ just happened, with no prior planning to speak of. This short little science fiction film is one of my proudest achievements of the year. 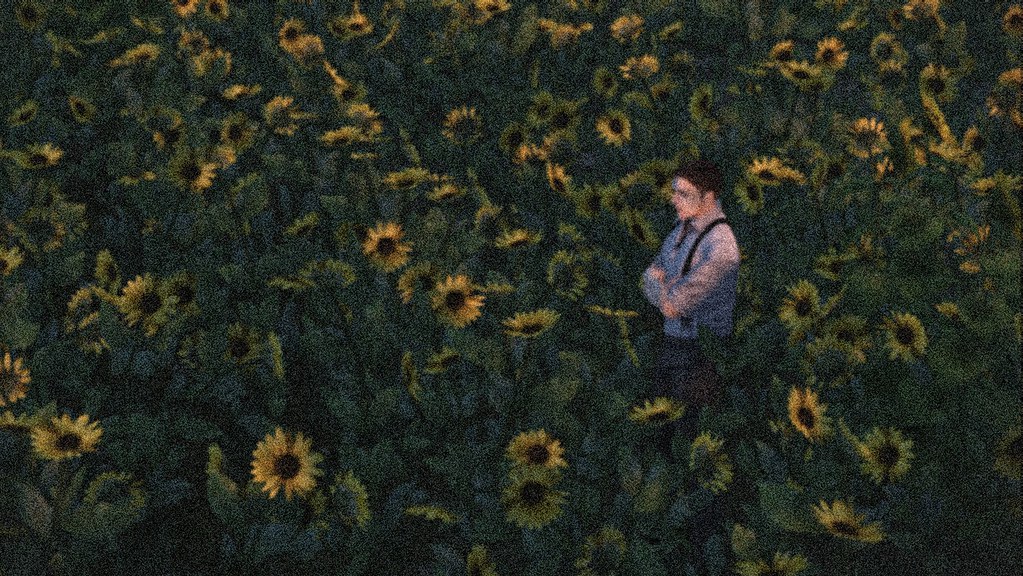 Sunflowers have a particular meaning for me: they remind me of an old friend in RL who had a huge impact on my thinking and who passed away many years ago. At around about the age of 60, she decided she wanted to start doing all the things she had always wanted to do but never gotten around to in her life. One of those things was painting, and one of the first pictures she created was a beautiful still life in oils of a sunflower. As such, sunflowers have become associated for me with people who have passed and with finding a new identity through creativity in life – something which SL enabled me to do. Over the last couple of years, a number of creative SL friends of mine have passed away and the metaverse is poorer without them. In May last year we lost my beautiful Sounds of Poems co-host, Stosh Quartz and, a few weeks later, the talented Serene Bechir. In February this year, we lost SL artist Amonia Savira. 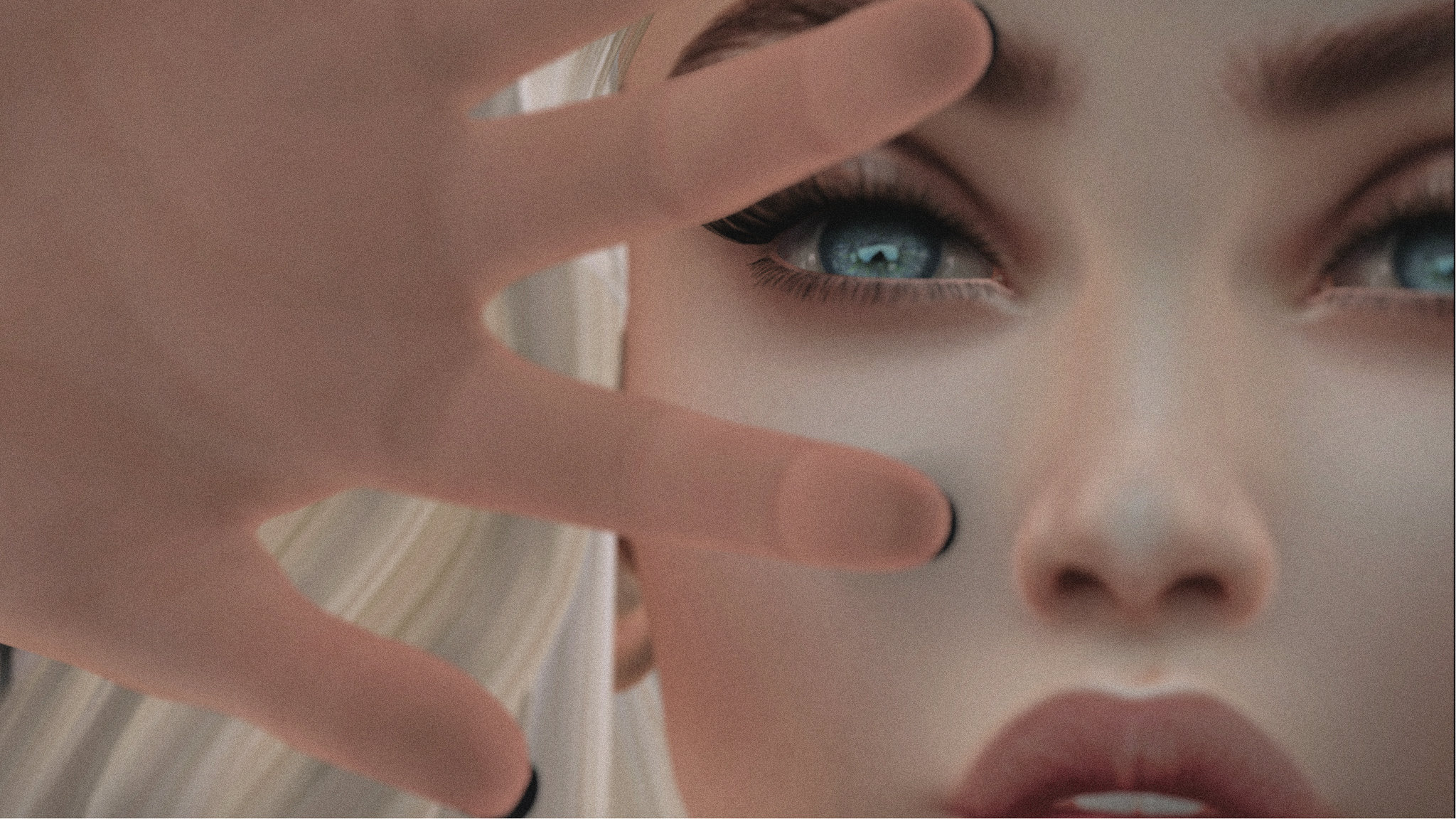 The human race is going through a painful period in its development; many of us have been left shocked and stunned at the speed with which so much we held dear has unravelled as the ‘alt-right’ continues its rise. Alongside the unchallenged abuse of power and truth we see on a near daily basis, the curtain has been well and truly torn aside on past behaviours that blind eyes were routinely turned from. If there is a silver lining to any of this, it must be that the worst aspects of human nature have now been laid bare before us. If we are to emerge from this period intact, it will hopefully be with a better understanding of what needs to be done in order to ensure that future progress is more solid, more fair and more sustainable.