I saw a girl get shot. I knew her for maybe six, seven years.

These pieces are artefacts of a child’s inner life.

Hope is a four letter word

How sure are you that your SL lover is who they say they are?
My Tweets

Thank You For Afterlifing With Us¹³

Whilst I wrestle with my 2012 NaNo (currently at 19,000 words; only 6,000 behind…), here’s my November AVENUE column.  This month’s incredible photographs are again by the wonderful Eve Kazan.

November marks for some an attempt to grow a moustache and for others an attempt to grow a novel. Since I happen to have an RL professional presentation to give just a few days into the month and would prefer it if my audience were focused on my messages rather than a struggling stain-like growth above my top lip, however, my participation in ‘Movember’ will be – sadly – a metaverse only affair.

I will though, once more, be taking part in National Novel Writing Month, creating my fifth novel set in Second Life®. The thing with NaNoWriMo novels is they tend to take on a life of their own, so any plot I have right now (at the time of writing) will probably have long ago been abandoned by the time you read this. That said, I do nonetheless have a storyline of sorts laid out. No spoilers here, I’m afraid, but if I complete it (which I’ve managed to do four out of five times so far), you’ll be able – as always – to download the end result for free from my website (see the plug at the end of this article).

Of course, far more ideas get shelved than completed in the finishing of any novel. In an AVENUE exclusive, therefore, I present to you some of the SL storylines that didn’t end up making it into fully fledged works of metaverse fiction. Naturally, my lawyers will be onto you should any attempt be made to develop any of these without the appropriate licensing agreements. In fact, inspired by Apple, I’ve recently taken out a patent on ‘the story’: “an arrangement of words depicting a happening, said arrangement consisting of a beginning part, a middle part and an end part”. This should cover most works of fiction, but probably the works of Paul Auster will elude me.

Fifty Prims of Grey. Wealthy mesh hair designer Clive meets young student Amy at a shoe fair and seduces her into an SL BDSM lifestyle. A trilogy, with cliffhangers for the first two novels provided by (1) a fatal crosspost during lovemaking (Clive accidentally responds to an alpha layer query from a pubic hair customer in Amy’s window) and (2) the discovery by Amy of Clive’s female alt, a journalist well known for her outspoken views on words like ‘throbbing’ during cybersex (here’s the thing: Clive says ‘throbbing’ all the time). In the very last chapter, we learn that Amy is in fact an eighty year old Muscovite.

The Stuff. Timid Thomason Targwen is in love with the curvaceous Caroline, but his non-Dom ways just aren’t a hook for this submissive doctor of neurobiology. Determined to win her over, Thomason creates a muscular alter-ego called ‘The Stuff’ (he likes the idea that people will announce his arrival with phrases such as, “Here comes The Stuff” and “The Stuff is coming,” and hopes he can introduce “Thank God for The Stuff’ into the English language as an urban catchphrase he can retrospectively claim credit for). A combination of bold – some would say crude – attachments and a personal polar shift in the use of four letter words wins this mask a dedicated following amongst the bored pseudo-intellectuals of the Post-Modern Prim Manipulation (PMPM) community. Alas, Caroline is not one of them. When she outs herself as Switch during his last-ditch attempt at propositioning her, Thomason comes suddenly to the realisation that there is such a thing as a sub(Dom), a person who claims themselves to be submissive, but who secretly desires control over a dominant. In a tense final chapter, the avatar and his alt confront each other at the fourth annual PMPM awards ceremony (just after the first prize in the Two Prim Category has been announced as ‘Pine Cube Next To A Pine Cube’). A tremendous battle takes place, with Thomason emerging as the surprise victor (even he didn’t see it coming). Caroline falls instantly in love and the two take off together as fugitives from the PMPM community. In the epilogue, however, a brief glimpse of a shady observer of the two (whilst they consummate their passion in the novel’s only sex scene) leaves everything unresolved: is Thomason who we think he is and his account has just been hacked, or has something far more sinister been going on? For the observer is revealed in the last three lines as none other than The Stuff. Readers will be kept guessing through the sequel – More of The Stuff – and a disappointing resolution will be reached in book three – Knowing The Stuff – paving the way for a reboot of the franchise five years later, in which Thomason is redrawn as a much younger man with a talent for Italian cooking. 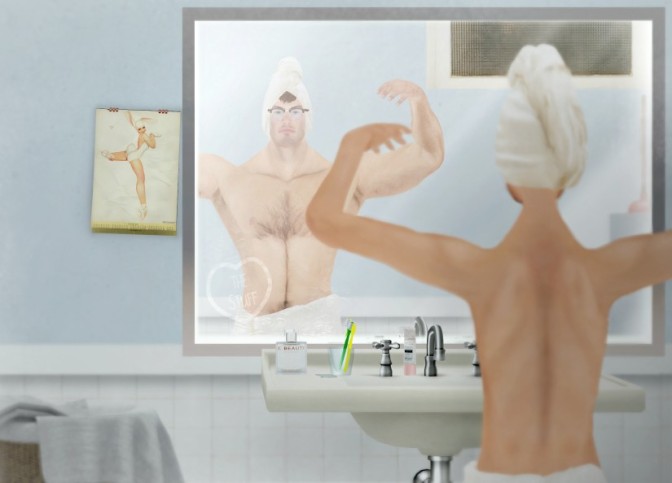 The Affairs of Barnaby Bedsheet. Embittered by his RL love life, Barnaby embarks on a mission to bed as many SL residents as possible, only to discover that all twenty of them are in fact the alts of the same RL person. In an ironic twist, Barnaby then finds out his SL account has been hacked and that nineteen other people are intermittently logging on as his avatar. Alternate title: Being Barnaby Bedsheet. Mission Unprimable. A crack team of five Second Life residents are hired by a mysterious organisation to penetrate an OpenSim (aka ‘The Other Side’) region and steal a top secret script codenamed ‘The Cat’s Claw’ (the function of ‘The Cat’s Claw’ is never revealed). On entering the enemy grid, the team must fool target avatars into thinking they’re in their familiar daily haunt (a lap dance bar with a perfectly textured sculptie water fountain, a detail that the expert builder on the team is unable to perfectly duplicate – he has a big tantrum at one point where he complains about having to go back to working with sculpties, likening this to building “by throwing lumps of wet mud at each other” – leading to a moment of tension when the chief bad guy goes for a walk around the fountain whilst he soliloquises about what the metaverse will look like under his new order). Just when it looks like the mission has gone without a hitch, the team are betrayed by none other than the guy who hired them in the first place (it turns out he’s one of those bloggers who’s been predicting the doom of SL for years and got fed up with all the waiting). All seems lost until the last few pages, when a confusing exchange establishes that the chief good guy suspected the double cross from the start and in fact defeated him three chapters ago.

For Your Prims Only.  Similar plot to Mission Unprimable, but with more girls. And tuxedos. And Vodka Dry Martini.

Carry On Emoting. An eccentric scientist invents an SL/RL sex interface in this comedy romp. No sooner is the prototype constructed, however, than it’s stolen by a pair of bungling burglars, hired (at arm’s length) by corporate sex company boss, Oursyerf Ather. Ather figures this device will make him millions, but hasn’t counted on the incompetence of George and Sid, who attempt to duplicate the invention themselves using cardboard and gaffa tape (inspired by the movie Apollo 13) and a USB memory stick. Testing their copy on the objects of their SL desire – in the hope that this technology will distract these beauties from their constant demands for better emoting (George: She told me I had to grow my ‘vocabulary’, Sid. Sid: Wimin! They’re never satisfied! George: What’s a ‘vocabularly’, Sid? Sid: It’s words, innit! George: Do you think she wants me to use a larger font?) – the two buffons are dismayed to find their attempt at the tech does nothing to improve their chances. A discussion with local adolescent ‘Tommy the Techie’, however, provides the suggestion that their device requires a driver. George and Sid resolve, therefore, to kidnap a chauffeur… Further tenuously related comedy capers added to pad this thing out to full novel length include the boys’ attempt to test the device for themselves by logging in as their girlfriends (naturally, it hasn’t occurred to them to create their own female alts and this requires a convoluted sequence of subterfuge in order to obtain the passwords) and the original inventor’s mission in the final chapter to reclaim his device/avenge its theft through the remote activation of ‘Super Climax Mode’.  Hilarious.

Second Second Life. A resident creates a fully functional computer in SL which becomes a Marketplace hit. Computers around the grid are linked up and a metaverse is created on them. A scene featuring a truck falling backwards in slow motion off a bridge will be the central theme of the latter half of this overlength novel.

2 thoughts on “Some novel ideas”